A few words about Commedia dell'arte

The commedia dell'arte appeared in Italy in the course of the sixteenth century, bearing different names such as, comedies of Zanni or all'improvviso. Commedia dell'arte actually means comedy - theatrical performances - of profession - in the corporatist sense. We can say that the comedians dell'arte were the first professionals of the live show in Europe. 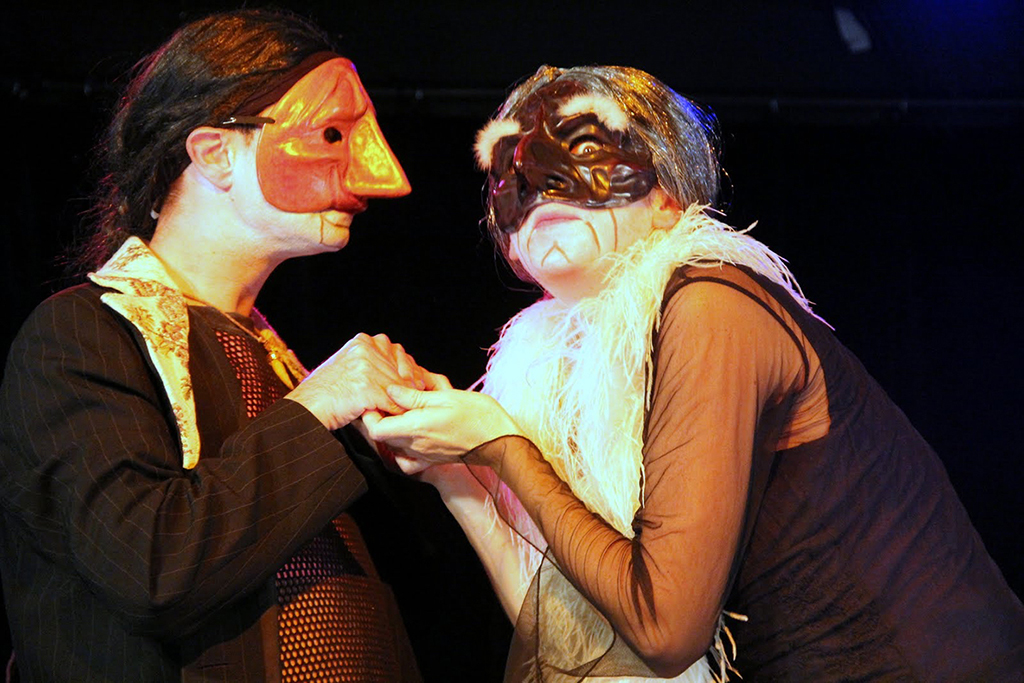 from the fairground to the court 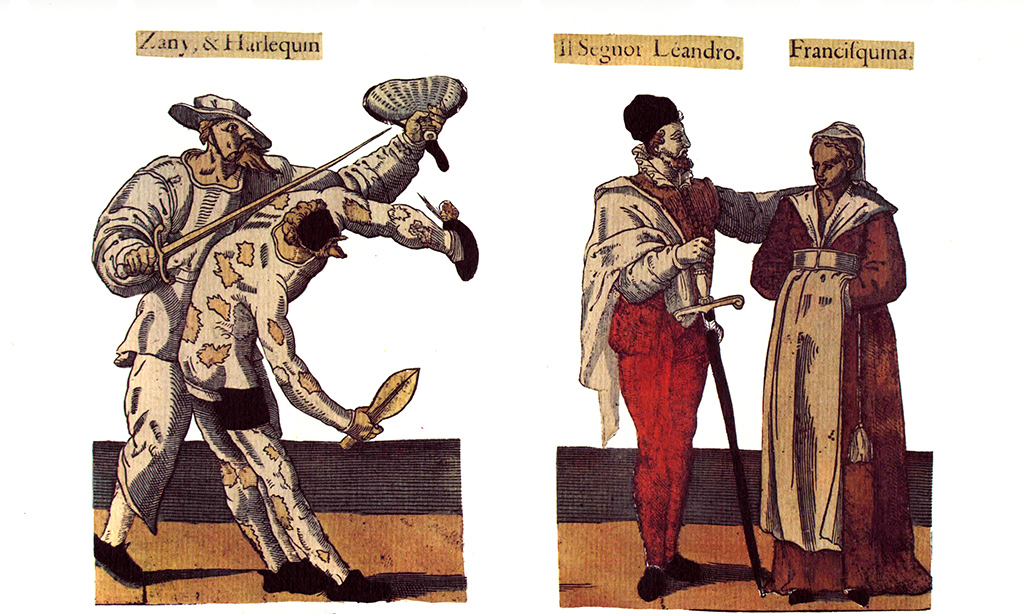 Upon his arrival in France, the commedia dell'arte was structured and formalized, defining rules of writing, the number of characters, as evidenced by the Gherardi’s collection. The genre evolves and confronts the development of writing and staging. Commedia dell'arte has influenced many authors, such as Molière and Marivaux. Goldoni's pieces will mark a strong break with the commedia, removing two fundamental aspects, namely, improvisation and masks. 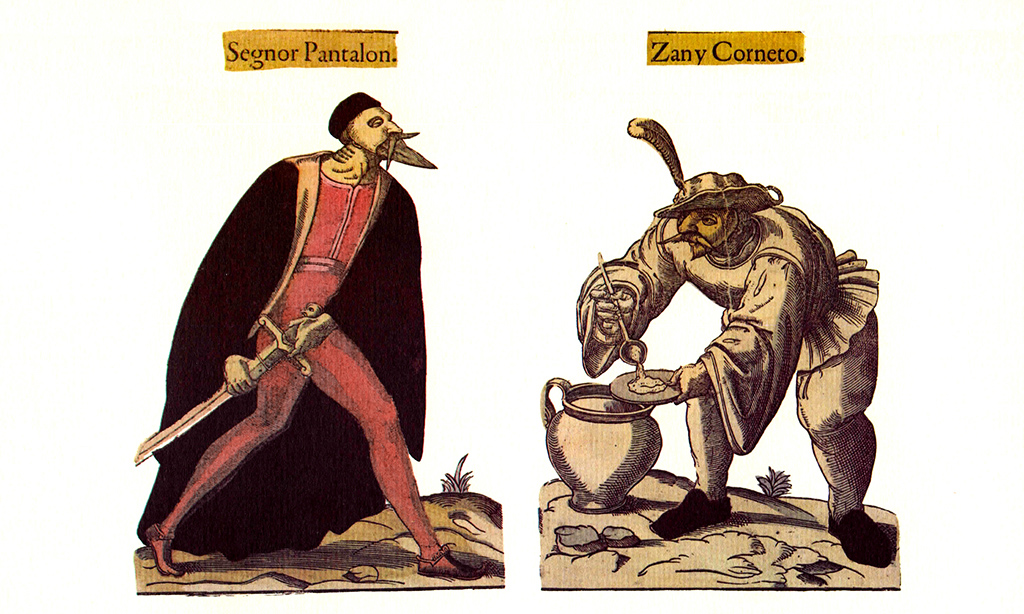 Somehow victim of its success in the court, the genre is refined, the popular characteristic is smooth to become more decorative, erasing the coarseness so much appreciated to slip to the canons of the refinement of the nobility. The costumes reflect less and less the social condition of the characters, everyone jumps happily to the rhythm of costumed balls.

By the time of the revolution, the genre has completely disappeared. There are traces on the fairs, through pantomimes and puppet shows. 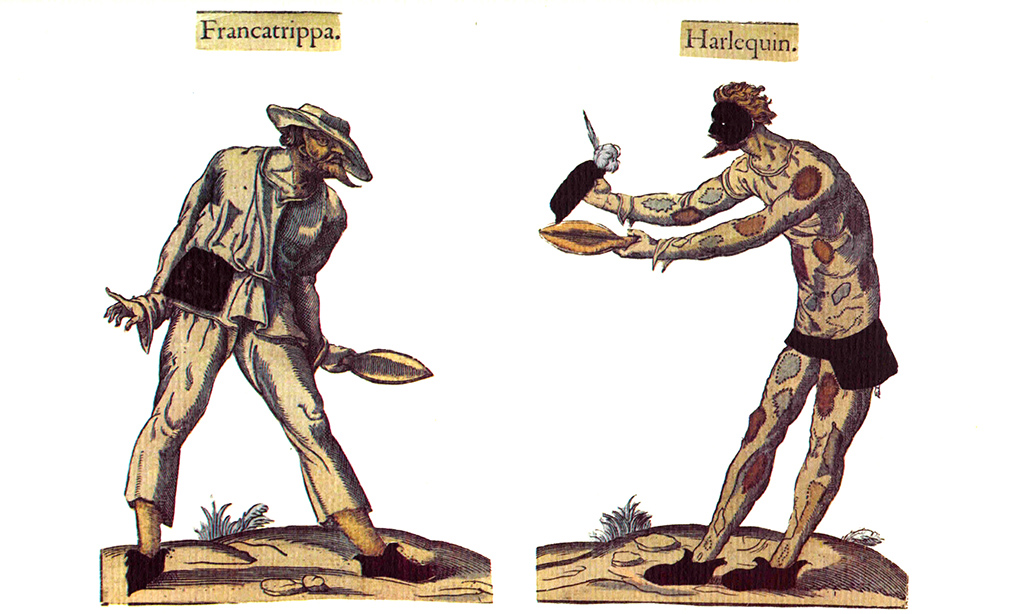 This theatrical genre derived from popular traditions, combines social satire and humor, entertainment and critical reflection of the currentness. It rests on the one hand, on a range of typical characters revealing universal social relations and on the other hand, on the use of the mask allowing a privileged relationship with the public. Masks and costumes, easily recognizable, allowed to identify the nature and the social condition of the characters. The dramaturgy was based on the writing of canvases (precise but not dialogues frames), as well as on the know-how and the personality of the actors.

The commedia dell'arte distinguishes two great families of characters : the zanni (they are the peasants - originally from the region of Bergame), gone to the city to look for work and the masters (or notables). 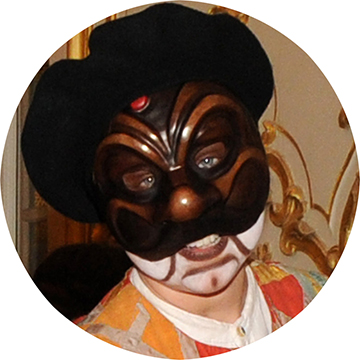 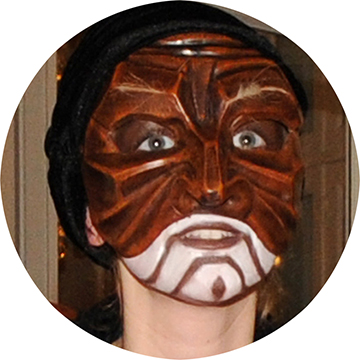 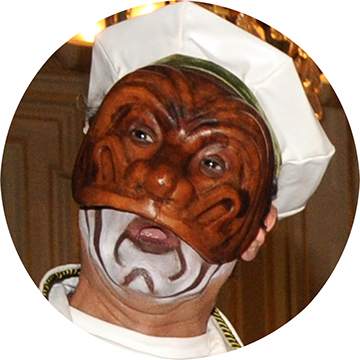 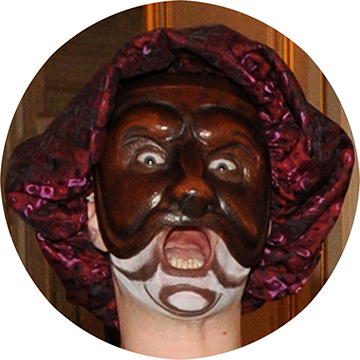 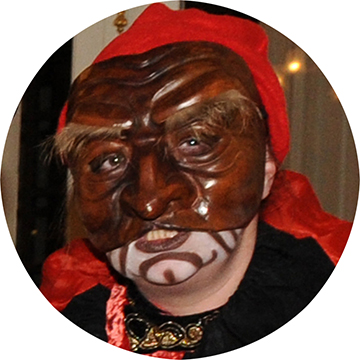 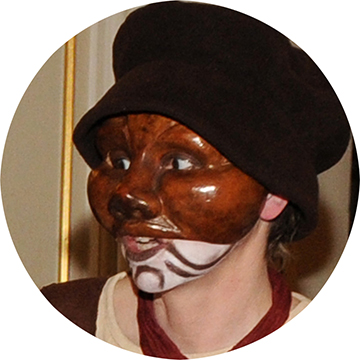 The commedia puts in opposition social archetypes conveying strong symbols, for example : the young and the old, the rich and the poor, the miser and the generous, the naive and the clever, the fool and the intelligent, the submissive and the tyrannical. These relationships are based on power relationships and survival issues, for example : Harlequin schemes stealing food because he has not eaten for a day or two or : Pantalone, the old miser, hangs on his economic power to feel alive, because his days are numbered...

It is in the middle of the XXth century that artists, researchers, directors and pedagogues have studied this genre and have "re-invented" the commedia dell'arte, based on canvas (there is practically no texts describing the creative process, stage movements and gestures of the characters) and iconographic documentation that had to be transcribed in motiont. The sculptor A. Sartori rediscovers the making process to create new leather masks. G. Strehler staged Harlequin servant of two masters in the manner of a re-invented commedia dell'arte. J. Lecoq included the study of this genre in his pedagogy. 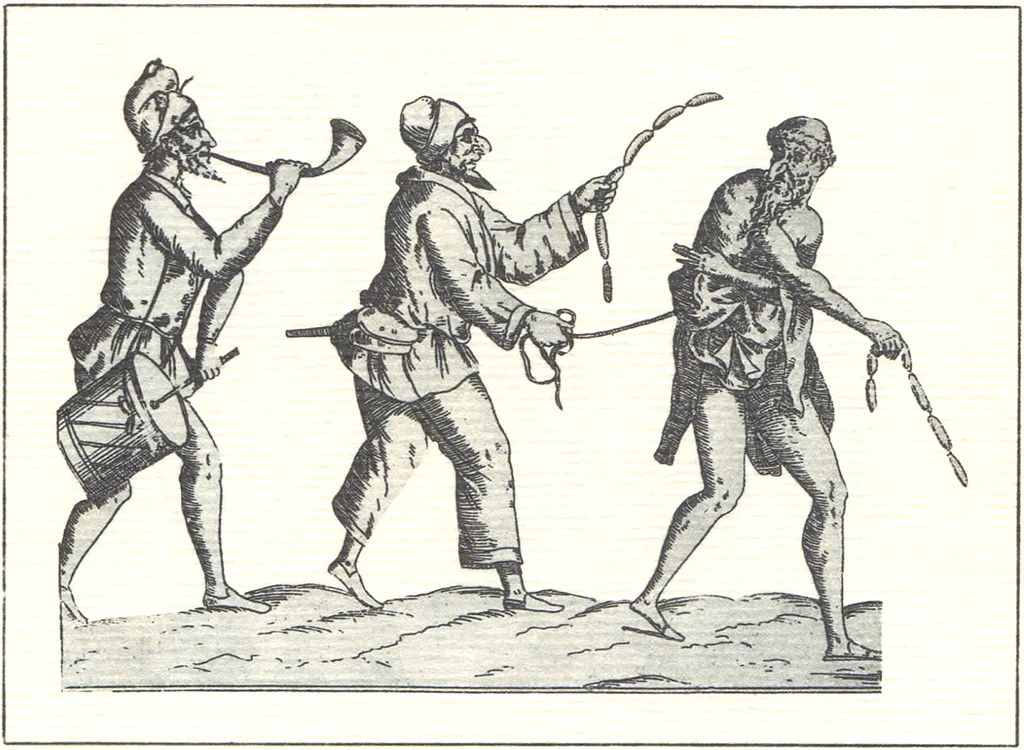 The study of this techniques provides a better understanding of the renaissance and evolution of theater in Europe. The practice of the mask theater brings the actors to increase their potential of expressiveness and the management of their relation to the public.

Today the commedia must continue to be renewed in order to remain as to its origins, the bearer of a universal symbolic anchored in its time.